a blog about board and tabletop games for lonely people.

The kickstarter for Bloodborne: The Board Game has ended. It was the usual CMON kickstarter which let my wallet cry in agony. But yet it wasn't that typical of a CMON campaign. But let me get this out first: I hope CMON handles their future campaigns like this one. Because I liked it.

I have to admit, I did not participate in many CMON kickstarters. But from what I've heared, researched and remembered I expected a much different kickstarter from CMON. Maybe it's because there's SONY behind the IP that controls CMON in what they do. Or they've learned from their past and changed. Let's hope it is the latter.

There was no optional buys like additional dice (okay, the game has no dice) or plastic tokens or extra bits, which should have been in the core box from the beginning anyway. No extra hunter packs. The only optional buys were expansion packs, some of which you could get probably in retail, some were kickstarter exclusive. And there was even an all-in pledge (with discount).

The prices however were the standard prices one can expect from CMON. But I think the price should be more than fair in what you get in the amount of minis (which most of the cost goes into). It's hard to compare though, since there are less minis than their other games but a lot of them are quite bigger too. The base pledge gives you around 120 minis for 100$. Considering it is a licensed product the prices could be much higher.

My highlight of the campaign are the chests and lanterns, that are kickstarter exclusive, which replace their cardboard token counterpart (image courtesy of CMON). 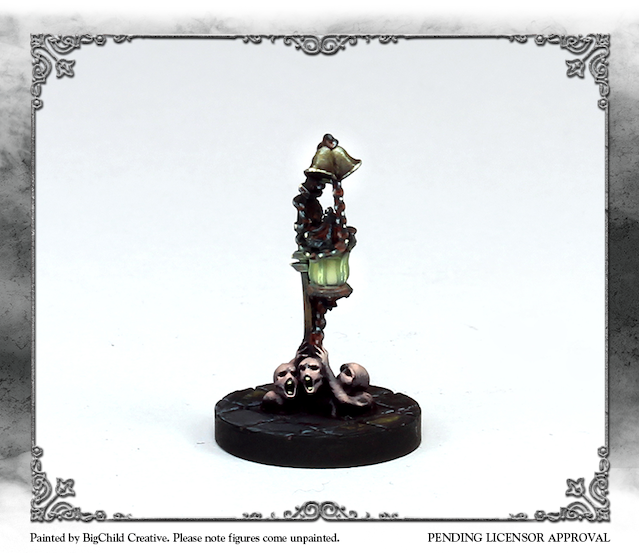 Again, I was suprised. In the past CMON would have taken more money from me. This time around it's included.

They also seemed to listen a bit more during the campaign. They changed the player dashboards to include both "states" of the trick weapon so you could distinguish the sides better, upon backer feedback for example. During the campaign you could also choose which stretch goals you wanted to have, although some of the paths not chosen could get their own expansion in the future.

I'm excited about the game. From the rules and gameplay videos that are available it looks quite fast and dynamic of a game. Quite in contrast to the almost grindy version of the Dark Souls Board Game. It also seems to scale much better with player count so I don't have to play multiple characters at the same time, but can go into the nightmare alone.

Another interesting mechanic is how Insight is implemented. Not only does it have an impact on the campaign and opening (and closing) paths in the storyline by getting certain objectives, it can also be used as currency (as in the video-game) which further encourages to go for the side-quests, which mostly give out Insight as it looks like.

Whereas the Card Game was more focused on a quick hack-and-slashy gameplay, the Board Game looks much more of an adaptation of the video game, which appeals to me more. And it doesn't look like its going to drag the same way as the Dark Souls game did.

It mostly depends on the campaign(s) though. There's not so much material on those (which makes sense, you don't want to spoiler yourself too much). From what I have seen it looks good, but we will see when the final product is here. It could be just the same missions with different enemies over and over again.

Now the long wait begins. May 2020 is the expected delivery. Probably 2 to 3 months later by my estimate. But the hole in my wallet remains.